Construction: Why Drug Testing is Important 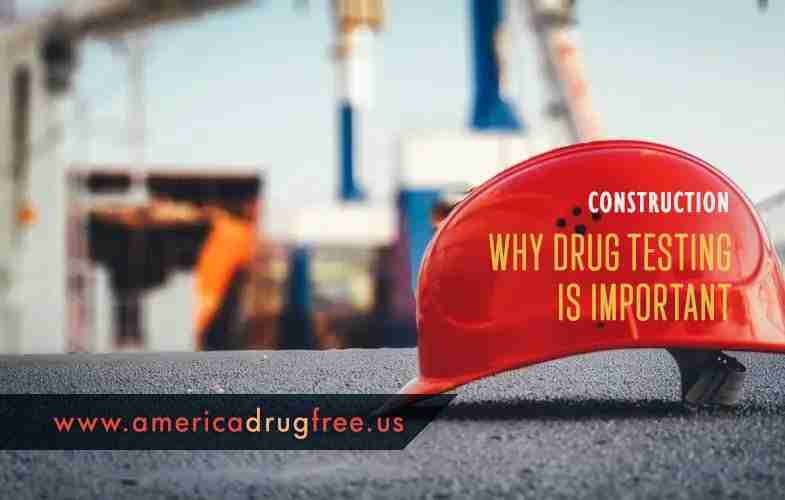 There are many industries in which maintaining a drug-free workplace is beneficial and ideal; however, one might argue that the construction industry, where workplace hazards are not minimal, is an industry that really should be as drug-free as possible.  The Occupational Safety and Health Administration (OSHA) sets guidelines and standards for workplace safety – these regulations are meant to keep workers safe amidst numerous hazards.  Shouldn’t we also protect them from the liability that drug and alcohol misuse creates?

According to the Bureau of Labor Statistics (BLS), there were 7.195 million full-time construction workers employed for July of 2020; this number includes workers from both the private and public sectors.  Out of more than seven million individuals employed in the construction industry, a shockingly large number admitted to alcohol and drug use.  These numbers might be staggering, but we must remember that not all of these individuals would have been jeopardizing workplace safety by coming to work under the influence.

According to DrugRehab.com, 1.6 million full-time construction workers had been drinking heavily in the month prior to the survey.  Another 1.1 million employees had used illicit drugs for the time period in question.  As far as addiction is concerned, the survey found that 1.4 million full-time construction workers were addicted to alcohol or other drugs.  When an alarming one in seven workers is known to struggle with substance abuse, it is in everyone’s best interest to consider drug and alcohol testing in the workplace.

There are three options, aside from randomized drug testing (which may present problems of its own) that businesses can employ as a means to enforce a drug-free workplace.  First, employers can require a pre-employment drug test; this test is meant to ascertain a potential worker’s likelihood to come to work under the influence.  The second option is to test when you suspect that your employee is abusing a substance, as this will give you a reason to keep them out of work until they can return sober – the goal here is, of course, everyone’s safety!

Finally, in the event of an accident, you can also ask that your employee submits to drug-testing within 24 hours of the incident.  This can help answer questions about how the accident occurred; any positive results can also relieve you of any liability.  At any rate, drug testing for any workplace can have benefits; however, since construction sites are already a dangerous place, making sure your workers are fully conscious and sober can greatly reduce the likelihood of accidental injury.